Thanksgiving In The United States!

Thanksgiving In The United States

We’ve gone over how other countries celebrate their own versions of Thanksgiving, but this article will be going over the history and traditions for this awesome holiday! It’s time for turkey, football, pumpkin pie, copious amounts of food, family, friends, and more! 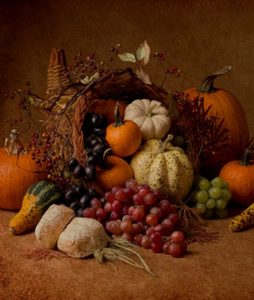 The Origins of Thanksgiving

In September 1620, a small ship called the  Mayflower left Plymouth, England, carrying 102 passengers—an assortment of religious separatists seeking a new home where they could freely practice their faith and other individuals lured by the promise of prosperity and land ownership in the New World. After a treacherous and uncomfortable crossing that lasted 66 days, they dropped anchor near the tip of Cape Cod, far north of their intended destination at the mouth of the Hudson River. One month later, the Mayflower crossed  Massachusetts  Bay, where the Pilgrims, as they are now commonly known, began the work of establishing a village at Plymouth. 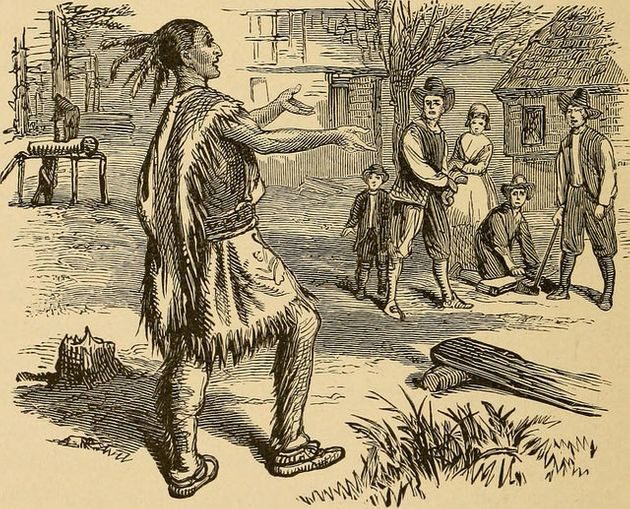 Throughout that first brutal winter, most of the colonists remained on board the ship, where they suffered from exposure, scurvy, and outbreaks of contagious disease. Only half of the Mayflower’s original passengers and crew lived to see their first New England spring. In March, the remaining settlers moved ashore, where they received an astonishing visit from an Abenaki Native American who greeted them in English.

Several days later, he returned with another Native American, Squanto, a member of the Pawtuxet tribe who had been kidnapped by an English sea captain and sold into slavery before escaping to London and returning to his homeland on an exploratory expedition. Squanto taught the Pilgrims, weakened by malnutrition and illness, how to cultivate corn, extract sap from maple trees, catch fish in the rivers and avoid poisonous plants. He also helped the settlers forge an alliance with the Wampanoag, a local tribe, which would endure for more than 50 years and tragically remains one of the sole examples of harmony between European colonists and Native Americans.

In November 1621, after the Pilgrims’ first corn harvest proved successful, Governor  William Bradford organized a celebratory feast and invited a group of the fledgling colony’s Native American allies, including the Wampanoag chief Massasoit. Now remembered as American’s “first Thanksgiving”—although the Pilgrims themselves may not have used the term at the time—the festival lasted for three days. While no record exists of the  first Thanksgiving’s exact menu, much of what we know about what happened at the first Thanksgiving comes from Pilgrim chronicler Edward Winslow, who wrote:

“Our harvest being gotten in, our governor sent four men on fowling, that so we might after a special manner rejoice together, after we had gathered the fruits of our labors; they four in one day killed as much fowl, as with a little help beside, served the Company almost a week, at which time amongst other Recreations, we exercised our Arms, many of the Indians coming amongst us, and amongst the rest their greatest king Massasoit, with some ninety men, whom for three days we entertained and feasted, and they went out and killed five Deer, which they brought to the Plantation and bestowed on our Governor, and upon the Captain and others. And although it be not always so plentiful, as it was at this time with us, yet by the goodness of God, we are so far from want, that we often wish you partakers of our plenty.”

Historians have suggested that many of the dishes were likely prepared using traditional Native American spices and cooking methods. Because the Pilgrims had no oven and the Mayflower’s sugar supply had dwindled by the fall of 1621, the meal did not feature pies, cakes, or other desserts, which have become a hallmark of contemporary celebrations. 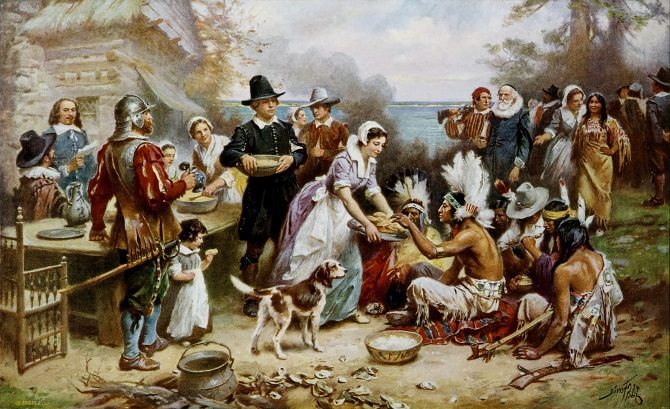 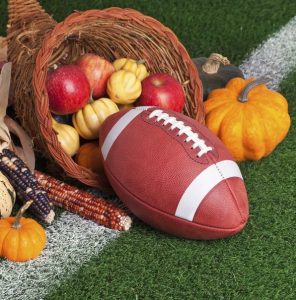 No matter the team you root for, watching football on Thanksgiving is a Turkey Day tradition. Although there are plenty of Thanksgiving myths, these football games do go all the way back to a few years right after Abraham Lincoln declared the national holiday.

In 1876, Yale and Princeton played a football game for the first time on Thanksgiving, according to the History channel. The holiday became the traditional date for the Intercollegiate Football Association championship game. Other colleges formed their own football rivalries on this holiday and some of those rivalries still go on to this very day! Once professional football started up, many teams continued the tradition as well.

Perhaps the most famous Thanksgiving football game played is between the Detroit Lions team and the Cowboys team. For the Lions, the tradition was started when George Richards, the once-owner of the Lions team needed to find a solution for poor viewership. The team was struggling to attract big crowds for their games, so Richards came up with the idea of playing a big game on Thanksgiving day. He broadcasted the game on his public radio show, and the team managed to fill the entire football stadium, there were no seats empty whatsoever. The Detriot Lions lost that football game but the massive success sparked this annual tradition where fans of all teams can get together and enjoy themselves, trash-talking, drinking, and all celebration included! The exact same story happened for the Dallas Cowboys except they were the winners of the game! The cowboys signed up for the Thanksgiving game in 1966 to get some publicity, but they started a new tradition, too. 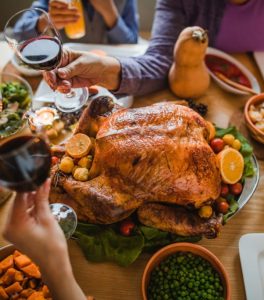 Cooking And Eating The Thanksgiving Meal

Every Thanksgiving is a great time to get together with family, friends, and loved ones. But everyone looks forward to the big feast and hanging out! Most thanksgiving meals are made up of a turkey, mashed potatoes and gravy, sweet potatoes, stuffing, and bread rolls. People can also include green bean casserole, other vegetables, other meats, fruits, and drinks! Some people cook their meal the day before, but most people will cook it on thanksgiving day while hanging out with their family and friends. 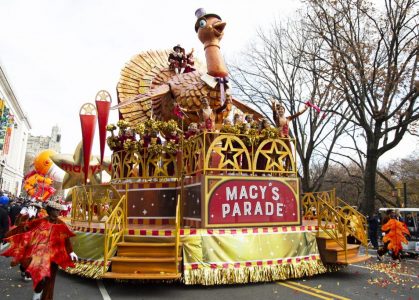 Every Thanksgiving Day, Macy’s holds a special Thanksgiving Day Parade. It’s been going on for decades and the parade has seen numerous changes and additions to it. The parade has a band to play music live for everyone standing on the sidewalks, giant balloons depicting various things such as turkeys and popular characters from shows, big floats, and more! It’s a great spectacle everyone can watch because even if you can’t stand and see it in person, you can watch it on your TV or online! 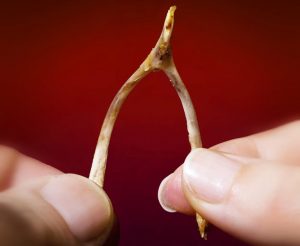 One of my favorite things to do near thanksgiving time is breaking the wishbone of the turkey. Once you’ve eaten all of the turkeys, you can remove the wishbone. The tradition started with the Etruscans and then the Romans. How it works is that after drying the wishbone for a few days or longer, you and another person grab different sides of the bone, make a wish, and break it. Whoever gets the side that is longer than the other will get their wish while the other person will not. However, if both sides come out to be pretty much the same size, both people will get their wishes and good luck in the future.