Thanksgiving Celebrations From Around The World!

Thanksgiving Celebrations From Around The World

Thanksgiving doesn’t always mean turkey, pilgrims, and seemingly endless football! The idea of bursting cornucopias and celebrating the bounty of Mother Nature transcends borders and cultures across the world. Although they spring from the same ideas, thanksgiving traditions around the world bring unique ceremonies and stories that inspired the merrymaking to the table. In case you want to add a few cultural experiences to your adventure travel bucket list, here are some thanksgiving and harvest festivals around the world each complete with their own way of showing and giving their thanks! 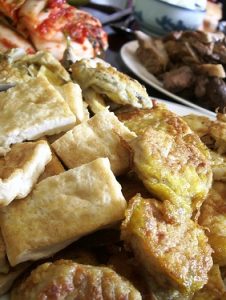 Malaysians believe that “without rice, there is no life.” The Kadazan Festival, celebrated in May, worships rice as an extension of the Creator, and thus, the source of thriving life and existence on Earth. Malaysians celebrate the Creator, Bambaazon, for his generosity in facilitating life on Earth. In the time of creation, the story states that their God sacrificed his daughter in order to save the people who would otherwise suffer from a great famine. He buried parts of her across the land, and her body became the seed of the rice paddy. Still today, the people of Malaysia believe the grain holds the spirit of life and creation. With a rather dark origin to such a bright festival filled with rice wine, buffalo races, and agricultural shows, the Kadazan Festival is a beautiful day of giving thanks to the Creator who made the people’s most-prized staple of life. 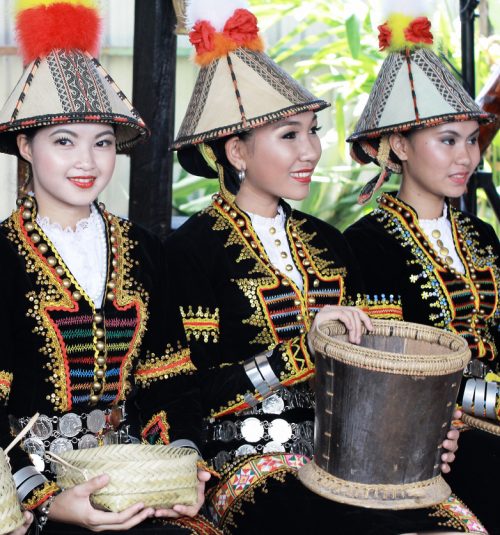 The Chuseok Harvest Festival celebrated on the 15th day of the 8th lunar month, emphasizes respect and commemoration of elders and ancestral roots. Aside from the usual thanksgiving traditions (aka feasting with friends and family), families return to their ancestor’s hometowns and hold memorials at relative’s gravesites. Along with Songp’yon (traditional rice cakes), toran-t’ang (taro soup), and song-i (mushrooms), people celebrate with dishes made from the freshly harvested rice. A celebratory friend and family activities include archery, musical competitions, and singing folk music. While this is a holiday to honor family ancestors, Chuseok is a special time for spreading happiness and togetherness amongst those you love.

Festival of the Yams / Homowo – Ghana

Homowo is an African festival dedicated to the hopefulness that the crops will be plentiful for the coming year and no one will experience famine. Celebrated in August or September, the Festival of the Yams is centered around the new yam harvest. Families are brought together, thrilled and hopeful (and slightly competitive!) to be the group with the largest crop. Everyone in the village comes together and shares their bounty, and yams are the prized dish out of all the harvested vegetables! During this harvest festival, the villages rejoice by dancing and singing with animal masks, acknowledging the end of the rainy season, and desiring a fruitful harvest to last well into the new year. 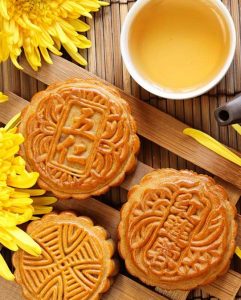 When the moon is the brightest and the fullest, this three-day celebration takes place in the middle of the autumn season. Also known as the Moon Festival, this celebration is a descendent from the original Chinese customs of moon-sacrificial ceremonies, where a series of prayers, poems, and offerings were burned as offerings. Nowadays, the people of modern China are much more accustomed to “appreciating the moon,” which is the practice of gathering around a table, talking, and eating the offerings from the sacrificial ceremony. Reflecting on the importance of togetherness, families eat moon cakes (round, semi-sweet pastries), and the children dance and play with festival lanterns. 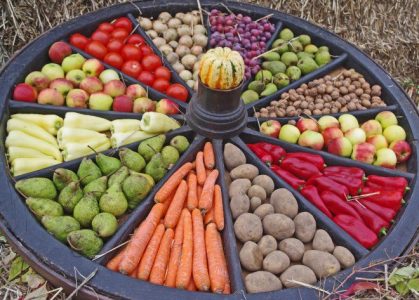 Erntedankfest, the “Thanksgiving Day” in Germany, is a religiously dominated celebration where the churches run the show! Both Catholics and Protestants celebrate and attend church services during this thanksgiving celebration, which falls on the first Sunday in October. Like most thanksgiving traditions, Erntedankfest is centered on giving thanks for the year’s harvest and grain. In one of the multiple church services throughout the day, giant woven baskets filled with fruits, grains, and vegetables are carried to the church, blessed, and then distributed to the poor. After more church services in the middle of the day, there are laternenumzüge (lantern parades), primarily for the children, hosted in the evenings. The celebratory food is much the same as Thanksgiving Day food consumed in America; however, the Germans have mohnstriezel, sweet bread sprinkled with poppy seed, for a delicious Erntedankfest treat! 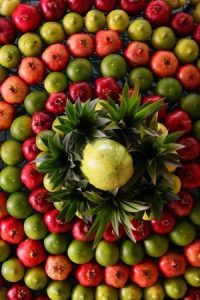 This biblical holiday, celebrated on the 15th day of Tishrei (between late September and late October), is a time where Jewish people reflect on the struggle of Israelites during their 40-year travel through the desert after the exodus from slavery in Egypt. Seven days long, Sukkot in Israel is packed full of joyous celebrations, and is referred to in Jewish literature as the “Season of our Rejoicing.” The word Sukkot means “booths,” which refers to the name of the temporary dwellings celebrators live in to remember the “period of wandering.” However, the holiday also holds agricultural meaning and celebrates the annual harvest that provides sustenance for all the people. 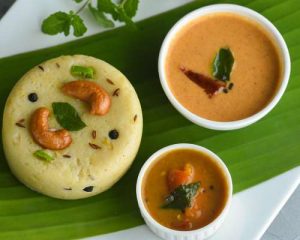 A time for giving thanks to nature, Pongal, the Indian Harvest festival, is a four-day-long celebration held in mid-January in Southern India, and it contains plenty of rice, sugarcane, and turmeric! When you break it down, the first day is the time for paying homage to Lord Indra, the ruler of clouds who provides the rain. People celebrate his generosity in providing water for their crops and bringing prosperity to all. The second day is the performance of puja (the ceremonial act of worship), where rice is boiled in milk and then symbolically offered to the Sun God. Sugarcane, coconut, and bananas are offered in a small dish, and all participants are clothed in traditional dress. The third day, noted as Mattu Pongal, is the day for cows. In the representation of the legend of Shiva and Basava, his bull, the cows are adorned in decorations, beads, corn, and flowers and paraded around the town. The jingling bells signal the time for celebrating, and the entire scene turns into one giant party! The fourth and final day of Pongal requires the women of the house to wash a turmeric leaf, lay it on the ground, and place Pongal rice around it, asking that the house and their brothers always prosper.  Consider venturing to India so you can experience this festival first-hand!