Pollinators are the best friend of all gardeners. The bees, butterflies, wasps, flies, and other insects all help by pollinating up to 3/4ths of ALL plant species on this earth and up to 1/3rd of our crops rely upon these great little helpers to spread pollen around and to make our plants thrive.

Pollination is a simple process that has been in practice for thousands of years in order to benefit both flowering plants and pollinators!

Plants get pollinated by many different methods depending upon their flower types and what pollinators are locally available! The bees, birds, ants, flies, wasps, and more all help pollinate by simply moving from plant to plant. Often this will cause cross-pollination! Cross-Pollination is awesome because it’ll help give you a chance to have new plants with traits of both plants! This is awesome to experiment with and see what you all can get growing in your garden!

Animals and insects that help transfer pollen from plant to plant are often called “pollinators.” Pollinators may visit your plants and flowers for a variety of reasons. While some plants rely on the wind or water to transfer their pollen from one flower to the next, a majority of plant species require the assistance of animals and insects for proper pollination. Here are some of the most common pollinators you can find in your own garden.

Amongst the pollinator world, bees are one of the best you can find. They are the only insects that actively and intentionally collect pollen and, in the process, pollinate thousands of plants and flowers. Bees will also exhibit a behavior called “Floral Constancy”, which means they pick a kind of plant they like and visit it constantly for a long time, if not for their entire life. North America alone has more than 5,000 individual species of native bees, 90% of those species live alone and by themselves. While the remaining 10%, are social bees that live in colonies and share the work of preparing and provisioning the same nest like a super big family. Be they solitary or social, most species of bees pollinate flowers and plants very effectively, with the European honey bee, the bumblebee, and the sweat bee among the best. Each kind of bee, however, has different habits and prefers different crops!

Introduced to North America in the late 1600s, these bees can forage up to three entire miles from their beehive on the trek for nectar and pollen. Honey bees tend not to forage during cool and wet weather but are excellent pollinators of sunflowers, pumpkin, zucchini, cucumber, and watermelons (cucurbits crops), and broccoli, cauliflower, cabbage, rutabaga, and turnips (brassicas crops). 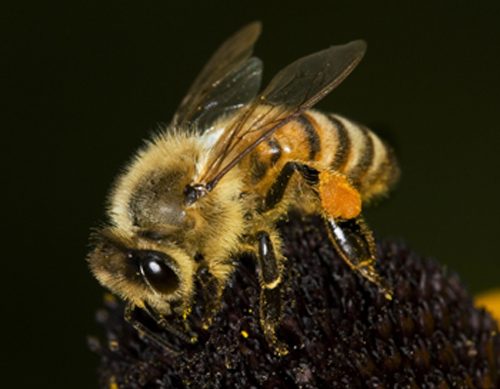 These social bees have a lifespan of a single season but do their best to make the most of their brief lifespan. They are very efficient pollinators and work in both the cooler and wetter weathers rather than other bee species while excelling at pollinating sunflowers, pumpkin, zucchini, cucumber, and watermelons (cucurbits crops), and broccoli, cauliflower, cabbage, rutabaga, and turnips (brassicas crops) tomatoes and eggplants (solanaceous crops). 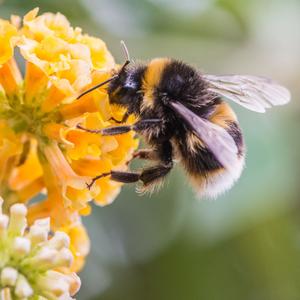 Often overlooked because of their size and solitary lifestyle, these bees are among the most commonly sighted garden pollinators. They frequently visit most of the major vegetable crops, including onions and carrots that other pollinators do not usually bother with. 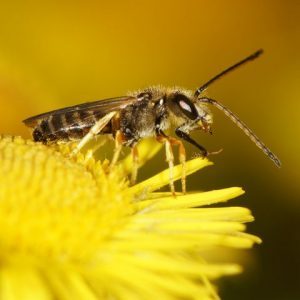 Butterflies are beautiful and possess great vision, thus they are drawn to bright colors, including reds, yellows, and oranges. Sunflowers, coneflowers, artichokes, thistles, and dandelions (Asteraceae) and Lavender, mint, and other herbs (Lamiaceae) are appealing to these insects.

While some people are worried about being stung by them, Wasps bring many talents to gardens worldwide. They help control pests and pollinate a range of plants, from brassicas and onion, garlic, scallion, shallot, leek, and chives (alliums crops) to celery, carrots, parsnips, fennel, dill, anise, parsley, and cilantro (umbelliferous crops). Due to their short tongues, wasps usually prefer blossoms with easily accessible nectar.

Flies can transport huge amounts of pollen, which they pick up from flowers. They prefer shallow and open flowers that have readily accessible nectar. Flies generally have tubular-shaped mouthparts used for sucking, which all vary in length and limit which flowers the different fly species will visit due to limitations. They are drawn to carrots, celery/celeriac, parsnip, and parsley (Umbelliferae), cole crops, mustards, and Asian greens (Brassicaceae), strawberries, raspberries, and blackberries (Rosacea), and onions, leeks, and chives (Alliaceae), many of which also happen to be unattractive to bees, so if you have all these different pollinators, there’s a good chance that your garden is set and will thrive!